This is a project about my childhood. I grew up in the suburbs of Toronto surrounded by shopping carts and old ladies in headscarves. That’s all I knew for the longest time. Housing developments, strip malls, backyards and Jewish summer camp. It was comforting, one of those good childhoods and I loved it. As I got older I caught the notion of other things, other places I wanted to see. I fled straight for the city, and then kept going till I managed to get as far away as I could. At some point I started taking photos. Photos of shopping carts and old ladies in headscarves, people wandering around strip malls. It didn’t matter what city I was in, I’d find them, these people that seemed so familiar to me. I’d get so close to them with my camera they would be forced to talk to me. They’d ask me why and I would tell them that I thought they were beautiful.

For a year now almost daily, I’ve been taking photos of Larchmont Village, this small strip of suburbia in central Hollywood near where I live. I walk my dog up the boulevard, snapping my photos and I think of home and my life before I left. I’m so grateful to its residents for gracefully allowing me to reach that far back. 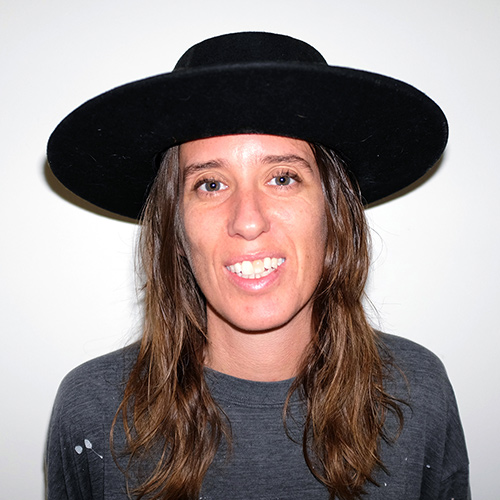 Michelle Groskopf is a street photographer based in Los Angeles, California. She has made a practice of shooting the world around her almost daily for the past 20 years. Born and raised in Toronto, Canada she moved to New York to study film production, eventually graduating from The School Of Visual Arts. Michelle has produced and developed hours of television and online content, was the AV editor for The New Inquiry, co-curated an evening of original experimental films for The New Museum, and taught as an adjunct professor in film production at the Master’s level for School of Visual Arts.

Leaving producing behind, Michelle moved to LA to concentrate on her personal photography. Her work has been featured in Capricious Magazine, Vice Magazine, It’s Nice That, The Daily Mail, Boooooom, Conde Nast Traveler, Slideluck LA and more. She is a regular contributor to Vice and Flaunt.

Her work focuses on the place where the urban and suburban meet. “A commitment to the middle class and their rapidly changing culture.”