The rise of drone technology is quickly changing the nature of privacy, warfare and photography. Tomas van Houtryve attached his camera to a drone in 2013 to explore the implications of domestic and foreign drone policy. His “Blue Sky Days” project became the longest photo essay published in Harper’s Magazine‘s 165-year history. Join Tomas for a conversation about drones, war and privacy. 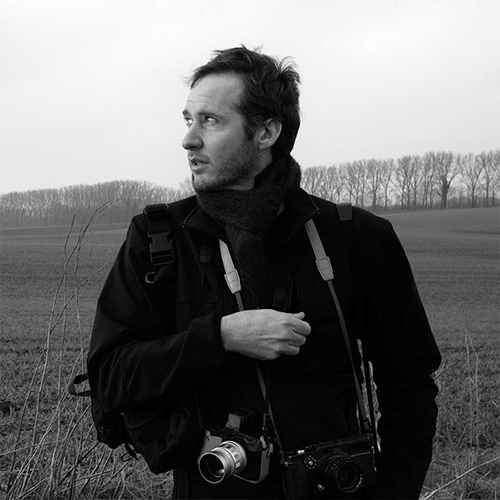 During his seven-year project to document the last countries under Communist Party rule, Tomas van Houtryve lived with rebel soldiers in the Himalayas, escaped from a burning parliament building in Moldova, and sneaked into North Korea—twice.

Tomas was named POYi Photographer of the Year in 2010, and he published his first monograph, Behind the Curtains of 21st Century Communism, in 2012. He is a multiple grantee of the Pulitzer Center. Tomas has had solo exhibitions of his work in Paris, New York City, Spain and Italy.

Tomas’ photography and writing often focus on aspects of contemporary warfare and those activities of the modern State which are notable for their near invisibility, such as drones, surveillance, nuclear testing, and Cold War ideology. When he isn’t traveling, Tomas is based in of Paris.