There could be no Flash Forward Festival without this six-year-old annual competition showcasing the best emerging photographers from Canada, the USA and the UK. Each year, after a call for entry to emerging photographers, curators from each of the participating countries review the submitted work and identify those young people that they believe show great promise as professional fine art or documentary photographers. This exhibition and supporting publication show the result of that process.

The Magenta Foundation gratefully acknowledges the nurturing support of Flash Forward Festival Presenting Sponsor TD Bank Financial Group for its ongoing commitment to Flash Forward, in all its formats, since launching six years ago.

The following artists are featured in the Flash Forward 2010 Group Show: 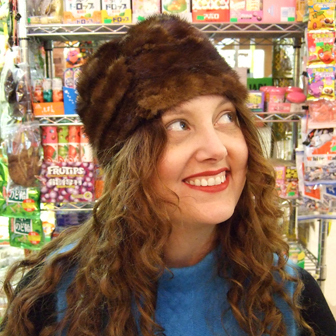 Myrabelle Charlebois has worked on different projects related to photography or publishing in collaboration with organizations such as Vox Contemporary Image, Pastèque publisher, Rencontres d’Arles photo festival, Slideluck Potshow Montréal, Baillat, Cardell & fils and Photomathon. She is currently the photo editor of enRoute magazine. The images produced under her mandate have won several awards including Lux Awards, National Magazine Awards and Applied Arts.