Joannie Lafrenière loaded up her mother’s Pontiac G5 (mother included) and set off on a month-long road trip beginning in Erie, Pennsylvania, winding her way through 17 states. Steering clear of highways and cities, she took to the back roads, aiming her lens at the patrimony of rural towns to re-identify the people, places and things that have become anonymous. Some 11,000 kilometres later – with a few taxidermists and memorable motel stays along the way – she finished her loop in Syracuse, New York, having captured the pulse of a forgotten Middle America. 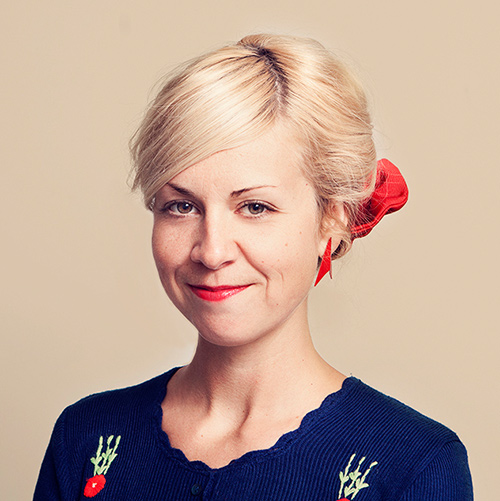 Documentary photographer and filmmaker, Joannie Lafrenière loves people. Her work, influenced by an anthropological approach, is a progressive study of the human being. Holding degrees in journalism and photography, Joannie has taken part in several recognized publications. In recent years, she has directed for television, for the web (on different projects produced by the NFB) and has been acting as filmmaker mentor with Wapikoni Mobile which works with different aboriginal communities in the province of Quebec. Her latest documentary project, THE WOMAN WHO SAW THE BEAR, has been shown in major festivals across Canada and internationally.

She is now working on her first feature-length documentary (SNOWBIRDS) that reaches out to golden age Quebecers living in Florida during the winter season. Joannie lives, works and plays in Montreal, Quebec — but has been known to escape to faraway places.