The reception will start with a 6PM conversation with curator Karen Haas and artists Christine Collins and Jesse Burke followed by the opening night exhibition party till 9PM.

In many different ways these eight New England photographers reflect the ever-more uncertain world in which we find ourselves living today. Their wide-ranging work speaks to the critical tipping point we have reached in our increasingly tenuous relationship to the natural world and to others. Like a canoe gently bobbing on the smooth expanse of a lake at night, our very human desire is for equilibrium and a sense of direction, but our day-to-day experience often belies that deep-seated longing for stability. Caleb Charland, Christine Collins, Lisa Kereszi, and Jesse Burke’s photographs explore man’s indelible marks on the landscape, our precarious connection to the physical environment, the scars of suburban development, and the larger cycles of life, death and regeneration. While Justin Kimball, Eric Gottesman, S. Billie Mandle, and Rania Matar are more often drawn to document the fleeting and ephemeral aspects of humanity, the plight of the displaced and disenfranchised, the passing traces one leaves behind, and abstract concepts such as faith, loss and forgiveness. 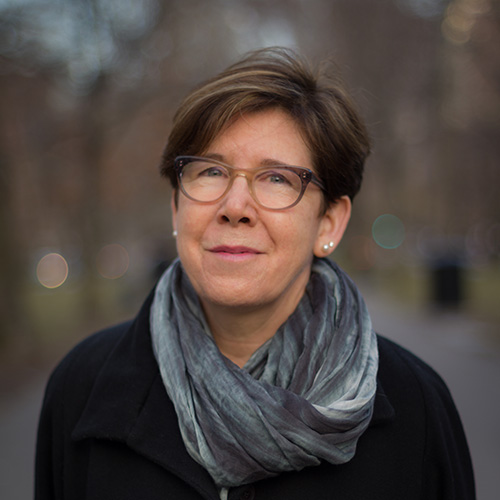 Karen Haas has been the Lane Curator of Photographs at the Museum of Fine Arts, Boston since 2001, where she is responsible for a large collection of photographs by American modernists, Charles Sheeler, Edward Weston, Ansel Adams, and Imogen Cunningham. The Lane Collection, which has recently been given to the Museum, numbers more than 6,000 prints and ranges across the entire history of western photography from William Henry Fox Talbot to the Starn twins. Before coming to the MFA, she received her MA from Boston University and held various curatorial positions in museums and private collections, including the Isabella Stewart Gardner Museum, the BU Art Gallery, and the Addison Gallery of American Art in Andover. Her recent activities include exhibitions, Gordon Parks: Back to Fort Scott; Edward Weston: Leaves of Grass; and Bruce Davidson: East 100th Street; and publications, An Enduring Vision: Photographs from the Lane Collection; MFA Highlights: Photography; Ansel Adams; and The Photography of Charles Sheeler: American Modernist.

Jesse Burke divides his time between personal art projects and commissioned work. A New England native, he currently lives in Rhode Island with his wife and their three daughters, Clover Lee, Poppy Dee, & Honey Bee. He received his MFA from Rhode Island School of Design, where he is a faculty member, and his BFA from the University or Arizona. Jesse’s work deals with themes related to vulnerability and identity, as well as human’s complicated relationship with nature. Daylight Books will publish his monograph, Wild & Precious, in October 2015. His work has been exhibited in galleries and museums in the U.S. and abroad including The Haggerty Museum, the Perth Center for Photography, the Tucson Museum of Art, the Print Center in Philadelphia and the Lishui Photo Festival in China and is held in many private and public collections including the Museum of Contemporary Photography Chicago, Museum of Fine Arts, Houston, the North Carolina Museum of Art, and the Rhode Island School of Design Museum. Jesse was recently named one Time Magazine’s top 50 US photographers to follow on Instagram.

Growing up in rural Maine, Caleb Charland spent much of his childhood helping his father remodel their family home. These experiences instilled an awareness of the potential for the creative use of materials, and the ability to fabricate his visions. Charland earned a BFA in photography with departmental honors from the Massachusetts College of Art and Design in 2004, an MFA from the School of the Art Institute of Chicago as a Trustees Fellow in 2010, and was a participant at the Skowhegan School of Painting and Sculpture in 2009. His work has been exhibited nationally and internationally and is in several major collections including  the Philadelphia Museum of Art, The Progressive Collection, Dow Jones Corporation, and the Smithsonian American Art Museum. Charland is a 2016 Pollock-Krasner Foundation grant recipient and currently lives and works in Maine.

Christine Collins is an artist who lives and works in Boston, MA. She received a BA from Skidmore College and a MFA from Massachusetts College of Art and Design. Recent exhibitions include You Can’t Get There From Here: The 2015 Portland Museum of Art Biennial, Landscape as Fetish, Gallery Kayafas, Boston, MA, Forces At Work, University of Texas at Austin, Austin, TX, [Photo]gogues: New England, Flash Forward Festival, Boston, MA, The Easiest Season, Rayko Gallery, CA. Her work has been featured in The Portland Press Herald, The New Yorker, The Boston Globe, Town and Country Magazine, Esquire Magazine, and Hawk & Handsaw: Journal of Creative Sustainability among others. She has been a Critical Mass Finalist, nominated for the Prix Pictet, and selected as a Review Santa Fe 100. Collins is the recipient of a St. Botolph Club artist fellowship. She has been on the summer faculty of the Maine Media Workshops since 2003 and has taught at Anderson Ranch Arts Center. She has taught at Lesley University College of Art and Design since 2004, where she is currently an assistant professor and chair of BFA Photography.

Eric Gottesman is a photographer, teacher and artist. Central to his practice is collaboration. He uses photography, writing and video as vehicles to engage others in conversation and critical thought about the social structures that surround them, and him. Among other awards, he is the recipient of a Fulbright Fellowship, a Creative Capital Artist Fellowship, a Massachusetts Cultural Council Artist Grant and an Aaron Siskind Artist Fellowship. His work is in various collections including the Museum of Fine Arts, Boston and his first book, Sudden Flowers, was published to critical acclaim in 2014. He is currently a visiting professor at Hampshire College.

Lisa Kereszi was born in and grew up in Suburban Philadelphia to a father who ran the family auto junkyard and to a mother who owned an antique shop. In 1995 she graduated from Bard College with a Bachelor of Arts. She is the Director of Undergraduate Studies in Art at the Yale School of Art, where she received her MFA in 2000.

Her work is in the collections of the Whitney Museum of American Art, the New Museum of Contemporary Art, the Brooklyn Museum of Art, and others. She is represented by Yancey Richardson Gallery in New York, where she most recently had the 2012 solo show, “The Party’s Over,” a thematic follow-up to her 2009 book “Fun and Games,” both which explore the ways in which we, as humans, devise escpist environments and spectacles to remove ourselves from the realities of everyday life.

In 2003, she was granted a commission to photograph Governors Island by the Public Art Fund, which culminated in a 2004 exhibition catalog, Governors Island, in which she explored what was left behind on a former army and coast guard base just a stone’s throw from Manhattan.

Two other monographs are in print: Fantasies in 2008, which explored the burlesque revivalist movement and her latest book, Joe’s Junk Yard, which was released in early Fall 2012, and examined her own family’s achievement and subsequent loss of the American Dream.

Justin Kimball was born in Princeton, New Jersey, in 1961. He earned a B.F.A. from the Rhode Island School of Design, and an M.F.A in Photography from the Yale University School of Art. The recipient of a John Simon Guggenheim Memorial Foundation Fellowship, an Aaron Siskind Individual Photographers Fellowship, a Kittredge Educational Grant from Harvard University and the Project Development Grant from Center in Santa Fe NM, he is the author of the monographs Where We Find Ourselves, C.A.P., Pieces of String, Radius Books and Elegy (forthcoming) Raduis Books.

His work can be found in over 40 museum collections, including the J. Paul Getty Museum (Los Angeles), the National Gallery of Art, the George Eastman House and the Museum of Fine Arts Boston. Kimball’s images have been included in such publications as DoubleTake, Harper’s, PDN, Photo Metro, Photograph and Picture magazines.

Kimball has taught photography for more than twenty years and is currently a Professor of Art at Amherst College. He is represented by Carroll and Sons in Boston Massachusetts. 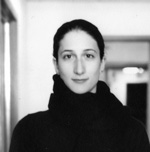 S. Billie Mandle received her BA in English and biology from Williams College and an MFA in photography from Massachusetts College of Art and Design. She is the recipient of a Whiting Fellowship, a Kahn Institute Fellowship, an Artist Fellowship in Photography from the New York Foundation for the Arts, and an Individual Artist Grant from the Brooklyn Arts Council. Photographs from her series Reconciliation were selected for the 25th Hyères Photography
Festival in France. Her work has also been nominated for the Prix Pictet and the Paul Huf award. She is an assistant professor of photography at Hampshire College and lives in Leverett Massachusetts.

Born and raised in Lebanon, Rania Matar moved to the U.S. in 1984. Originally trained as an architect at Cornell University, she currently works full time on her personal photography projects and teaches photography at the Massachusetts College of Art and Design.

Matar has won numerous awards, including the 2011 Legacy Award at the Griffin Museum of Photography, 2011 and 2007 Massachusetts Cultural Council artist fellowships, first place at the New England Photographers Biennial and Women in Photography International. In 2008 she was a finalist for the distinguished Foster Award at the Institute of Contemporary Art/Boston, with an accompanying solo exhibition.

Matar’s images are in the permanent collections of several museums, institutions and private collections worldwide.