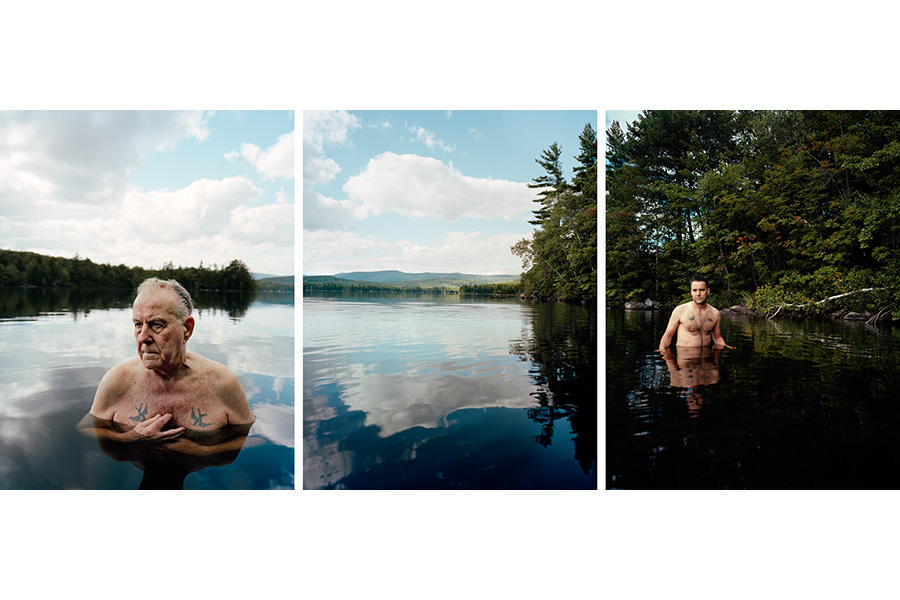 In this lecture, David will present an overview of his work, studio practice & touch upon the themes that continually surface within his photographs.

David Hilliard creates large-scale, multi-paneled color photographs, often based on his life or the lives of people around him. His panoramas direct the viewer’s gaze across the image surface allowing narrative, time and space to unfold. His work balances autobiography and fiction, touching upon subjects such as the awkwardness of adolescence, familial relationships and masculinity disarmed. He received a BFA from the Massachusetts College of Art in Boston and an MFA from Yale University School of Art. Hilliard’s photographs are exhibited both nationally and internationally and he has received numerous awards including a Fulbright grant and a Guggenheim fellowship. His photographs can be found in many collections including the Whitney Museum of American Art in New York, the Museum of Fine Arts Boston, the Museum of Contemporary Art in Los Angeles and the Philadelphia Museum of Art. David has been an assistant professor at Yale University where he also directed the undergraduate photo department. He has also taught at Harvard University, the Cranbrook Art Academy in Michigan, the Massachusetts College of Art & Design and the School of the Museum of Fine Arts in Boston. David also leads photography workshops throughout the country at institutions such as the Provincetown Fine Arts Work Center in Provincetown MA and the Anderson Ranch Arts Center in Snowmass CO. His work is represented by Carroll and Sons Gallery in Boston, Yancey Richardson Gallery in New York, Jackson Fine Art in Atlanta, Mark Moore Gallery in Los Angeles and La Galerie Particuliere in Paris. Aperture Press published a collection of his photographs in 2005.