Photographer Mary Beth Meehan will present her City of Champions series, a photographic exploration of her hometown that embraces the best of documentary work, journalism, and fine art. She will discuss the process behind the making of her work, the issues it addresses, and the challenges of returning home with a fresh eye. 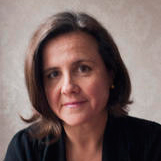 Mary Beth Meehan is a Providence-based photographer who works on long-term projects exploring community, identity, and culture. Her work has been published and exhibited widely, and has been honored by Pictures of the Year International and The National Conference for Community and Justice. Her weekly photo-and-text column in The Providence Journal was one of the first to attract national acclaim, and was nominated twice for the Pulitzer Prize.

Meehan is a graduate of Amherst College and The University of Missouri School of Journalism, and has freelanced for The New York Times, The Boston Globe, and The Washington Post. In 2005, she returned to her hometown of Brockton, Massachusetts, to create City of Champions: A Portrait of Brockton. The work is a personal, intimate look at the changes experienced by one post-industrial American city, and the emotional charge surrounding so much change.

City of Champions has been exhibited at Smith College, won Project Basho’s Onward ’11 emerging photographer award, and has been featured on numerous websites and blogs. It is also being planned as a large-scale public exhibition in Brockton in the Fall of this year.

Meehan’s ongoing documentary projects have received financial support from the Massachusetts Cultural Council and the Rhode Island State Council on the Arts. She is currently working on a new body of work about undocumented immigrants in New England. She teaches Documentary Photography at the Massachusetts College of Art and Design, in Boston.